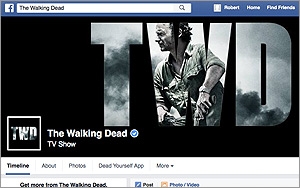 TV networks will increasingly use social media to supplement their program tune-in marketing in the coming years.

In 2021, TV marketing budgets will begin to stabilize and then decline in terms of share of dollars to social media platforms. According to the report, this will occur because “TV separate from social media will be a strange notion, as TV and social will be so intimately entwined that viewers will not be able to see the distinction.”

Research estimates, according to other sources, are that each of the big four TV networks can spend $20 million to $30 million in off-air marketing for TV shows for the start of the fall season.

The Diffusion Group report suggests that Facebook will become the big player for all things related to social TV because its census-level user base data will attract TV network dollars -- paid advertising to promote programming.

Because fewer TV viewers will watch linear/live TV programming, the Diffusion Group also expects that Twitter -- which has strong real-time viewer usage -- will fall out of favor.