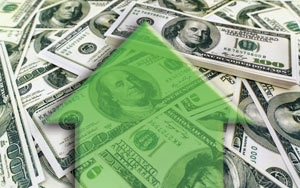 U.S. Internet ad revenue rose 19% to $27.5 billion in the first six months of 2015 compared with the first half of 2014, according to the IAB Internet Advertising Revenue Report released Wednesday.

The Interactive Advertising Bureau (IAB) report, prepared by PwC U.S., found that revenue in the second quarter of 2015 rose 22.5% to $14.3 billion compared with the year-ago quarter.

Independent studies from agencies like RKG Merkle also saw an increase in search. Google U.S. paid-search spending rose 18% year on year (YoY) in Q3 2015, up from 12% in the previous quarter. Click growth improved to 13%, following a 1% decline in Q2. The cost per click (CPC) rose 5% YoY.

Smartphones produced 27% of paid-search clicks in Q3 in the U.S., up from 20% a year earlier. Tablet click share fell to 16%, from 18% a year earlier. Phones and tablets combined for 32% of search spending, according to RKG Merkle.

The IAB report also notes that mobile revenue rose 54% to $8.2 billion in the first half of 2015. The media now represents 30% of the revenue generated by the entire Internet advertising marketplace, up from 23% at HY 2014

Retail at 22%, financial services at 13% and automotive at 13 continue to account for nearly half of advertising revenue.