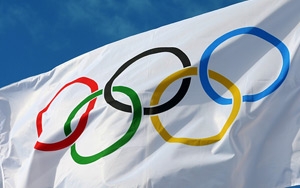 Universal Sports, the cable TV sports network, is shutting down, per reports.

The channel, which has been in operation since 2006, is majority owned (92%) by InterMedia Partners, with NBCUniversal owning an 8% stake.

Universal Sports has focused mainly on Olympic sports. The network has worked with NBCU in some shared programming deals -- including cycling’s recent Road World Championships as well as swimming, wrestling and track and field events.

In addition, Universal Sports use some NBCU’s graphics in its on-air marketing materials.

A Universal Sports press representative did not respond to emails by press time.

For the last four years, Universal Sports has been airing on satellite TV providers -- DirecTV (starting in 2011) and Dish Network (in 2012), as its two big pay TV distributors. Previously, it was on a mix of cable systems and local broadcast digital channels.

As part of the closing, NBCUniversal issued a statement that it was buying up certain sports programming assets -- including many Olympic sports rights. NBC continues its long-term deal in airing Summer and Winter Olympics games.

“We are thrilled to be finalizing an agreement with Universal Sports that will provide NBCUniversal and NBC Sports with an impressive collection of media rights to some of the world’s most prestigious sporting events,” says NBC in an email statement. “We will have more information regarding our plans when the transaction closes in November.”

The network will be closing on Nov. 16.