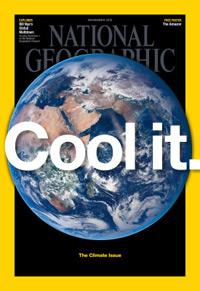 When it comes to social media followings, one of the nation’s oldest periodicals is leading the way, according to the latest data from the MPA – The Association of Magazine Media, which recently released third-quarter stats for major magazines.

National Geographic is the clear leader among big magazine brands, with 90 million total likes and followers across social platforms, including Facebook, Instagram, Twitter, Pinterest and Google+. That’s almost twice as many as the second-place title, ESPN The Magazine, which has 47 million total likes and followers. (It should be noted these figures just show combined followings, and don’t exclude duplicates.)

National Geographic magazine, measured separately, still racks up 19.3 million likes and followers on its own.

In third place was Time with 26.4 million total likes and followers, followed closely by rival newsweekly The Economist with 26.3 million. Vogue had 24.9 million and Playboy 20.7 million.

Turning to specific platforms, NatGeo led on Facebook with 37.3 million likes, with National Geographic Magazine getting 19.2 million. On Twitter, ESPN the Magazine held the top spot with 21.9 million followers, followed by The Economist with 10.6 million.

NatGeo was also the number one mag brand on Instagram, reflecting its focus on compelling photography, with 32.5 million followers. Vogue came in second place with 6.3 million Instagram followers, and National Geographic Traveler was in third with 5.6 million.

Magazines don’t seem to be making quite as much headway on Pinterest: the top spot here was held by Harper’s Bazaar with a relatively modest 4.6 million followers, followed by Ski with 1.6 million and Consumer Reports with 1.2 million.