Automakers To Open The Throttle At SEMA 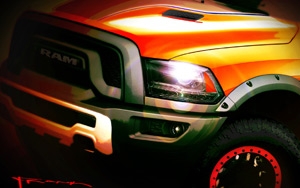 It's that time of year when the automakers actually get to just have fun. Forget the high-stakes concept cars, the reveal of new products by which their brands will live or die, and the tension so thick you can cut it with a knife in Cobo Hall, Javits or the L.A. Convention Center. Viva SEMA, the Specialty Equipment Makers Association show at the Las Vegas Convention Center takes place Nov. 3-6.

Yes, there are new products unveiled at the show. But it's all about the after-market world, and how automakers are acknowledging -- and enabling -- the parts and accessories side of the business.

The OEMs have, over the years, become more and more involved in the show, often partnering with custom shops to modify cars and trucks for the stage -- the point being to show how far, and in how many directions, one can go with car personalization using production vehicles as canvases. The show brings in some 100,000 industry folk from 100 countries, per SEMA. And while it is not open to the public, the show last year began running a show-car cruise down the strip for all and sundry, as part of the event.

The company also said that all the production and concept accessories were developed in Chevrolet’s own design studio, and that the accessories will be available as the 2016 models arrive in showrooms.

Fiat Chrysler Automobile goes to SEMA under its Mopar after-market products and accessories badge. As such, the company says it will have some 20 Mopar-modified vehicles under FCA's Chrysler, Dodge, Jeep, Ram and Fiat, and Mopar products as well.

Honda says it will have a modified version of its Ridgeline pickup with a desert racing theme, that is a serious hint of the truck's redesign for next year. It will also have HR-V project vehicles, an updated version of the CR-Z sport hybrid coupe, plus race bikes, and equipment.

Kia is keeping things close to the vest, although it is offering glimpses of what it calls the PacWest Adventure version of its Sorento SUV, with an off-road package.