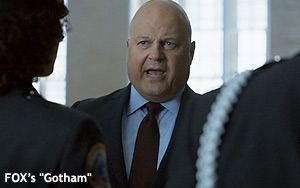 Through the first two weeks of the new TV broadcast season, TV networks continue to struggle to maintain viewership levels versus a year ago.

The top-25 scripted TV shows lost an average 25% of their Nielsen 18-49 C3 measured audience. C3 is the average commercial rating plus three days of time-shifted viewing.

Overall, looking at the four major English-language networks, Fox is up 11% in C3 data through the first two weeks of the season, largely because of “Empire,” which didn’t start until midseason a year ago.

“Empire” has averaged a big 5.35 Nielsen live program rating among 18-49 viewers, well above Fox’s next-highest-rated shows: “The Simpsons” and new show “Rosewood,” each averaging a 1.84 rating.