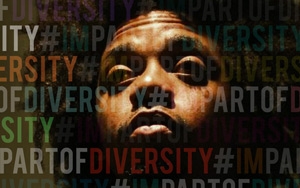 When Pepsi's Brad Jakeman commented during the ANA conference in Orlando how he is tired of "sitting in agency meetings with a whole bunch of straight, white males," he acknowledged an unaddressed truth within the ad world.

African-Americans, for instance, represent less than 6% of the industry.

Now, the Advertising Club of New York in partnership with Attention, a social-media agency and part of the KBS specialist network, Eleven, a San Francisco-based independent agency, and Snaps, a mobile-messaging platform are launching a new initiative to combat this diversity problem.

The i'mPART campaign encourages people to "amplify and spread" messages about the importance of diversity and inclusion within the ad industry by understanding that social media is one of the most effective and fastest ways to raise awareness.

“It’s our duty as marketers to call attention to this issue in the field,” said Tom Buontempo, president, Attention. “We want to leverage social media to rally individuals behind a movement that is important not only in our industry, but in all industries.”

As part of the project, participants are able to apply an overlay of the phrase #imPartOfDiversity to their social media profiles, similar to the "Love Wins" social campaign on Facebook this year. Users are also encouraged to tweet messages about what makes them diverse or why the industry needs to encourage more voices as well as post other messages about diversity to their social media accounts using the hashtag #imPartOfDiversity.

The initiative was also designed to be able to monitor its effectiveness. "In addition to aggregating all of the picture overlays that are created, we will also track the #imPARTofDIVERSITY hashtag to measure participation and engagement, and of course overall buzz," says Gina Grillo, president/CEO of The Ad Club of NY.

Although the Ad Club hopes this campaign will sustain over the coming months in order to elicit real conversation, this initial rollout is scheduled to be a week-long campaign that receives support and engagement with top industry influencers.

"We wanted to create a sense of urgency but we also wanted people to have the social overlay up for a period that was long enough for others to take notice," says Grillo. "One week seemed like the right amount of time to keep the momentum building."

The three participating agencies all donated their respective expertise. Attention was the first agency to sign on in order to create the social-media strategy and concept of the entire campaign. Snaps built the custom microsite and Eleven donated its creative talents for the online banner ads that are promoting the campaign across online networks.

i’mPART, which stands for the Club’s mission to Promote, Attract, Retain and Train diverse talent, was launched in 2012 and is an ongoing initiative supported by MediaAction, the AD Club's largest fundraiser.

To date, MediaAction has raised nearly $2 million in funds, which has allowed i'mPART to support diversity programs including college scholarships and career training opportunities aimed at the ad industry.