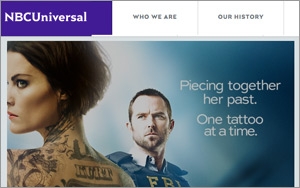 NBCU revenue’s was sharply higher -- nearly 21% -- to $7.2 billion, with film revenue gaining 64% versus the same period a year ago to $1.95 billion, thanks to those two big blockbuster summer movies.

Broadcast television was another strong performer, gaining 11.3% to $1.97 billion. Much of this came from a 33.5% gain in content licensing revenue, as well as higher retransmission consent fees. Broadcast had a 2.8% increase in advertising revenue.

NBCU’s biggest business -- cable networks -- grew 7% to $2.4 billion. This came from a 8.6% increase in distribution revenue and a 2% gain in advertising revenue. Rising business came from Nascar, and on NBCSN, a 18% increase in content licensing and other revenue.

Local cable advertising sales were essentially flat -- down 0.2% to $593 million. Comcast spent $1.5 billion on marketing and promotion for all of it businesses, up from $1.3 billion.