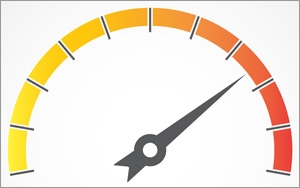 Comcast is expanding its tests of controversial pay-per-byte billing systems, which involve charging consumers for broadband service based on the amount of data they consume, the company said this week.

By Dec. 1, the company will be testing pay-per-byte billing in 15% of its broadband footprint, including parts of Alabama, Arizona, Florida, Georgia, Louisiana, Maine, Mississippi, Tennessee, South Carolina, and Virginia.

Customers subject to usage-based pricing are charged a flat fee for up to 300 GB of data per month, and overages of $10 for each additional 50 GB. In some areas, Comcast is giving users the option of paying an extra fee of either $30 or $35 a month, depending on the city, for unlimited data.

Comcast first began testing metered billing in 2012, when it rolled out the program in Nashville, Tennessee and Tuscon, Arizona. Since then, the company has steadily expanded the tests to other states, mainly in the south.

Currently, around 8% of people in affected markets consume more than 300 GB and must pay overages, according to a company spokesperson.

"There are almost no costs that the cable giant incurs from expanded data usage -- but Comcast keeps imposing these arbitrary limits and penalties on more of its customer base simply because it wants to," Free Press policy director Matt Wood said in a statement issued this week.

The organization is urging lawmakers and regulators to question Comcast about its reasons for billing users based on the amount of data they consume, and whether that type of pricing will have an impact on broadband affordability and openness.

The watchdog Public Knowledge, which previously asked the FCC to investigate data caps, has said that people who want to replace cable video with streaming offerings in HD will need at least 684 GB of data per month.