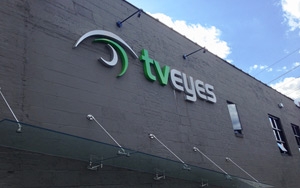 News monitoring service TVEyes can continue to stream Fox News clips to its subscribers, but may no longer allow people to download those clips to their own computers, in order to watch them offline, a federal judge has ruled.

The prohibition is included in an injunction against TVEyes issued on Friday by U.S. District Court Judge Alvin Hellerstein in Manhattan. The order also requires TVEyes to take steps to block people from sharing clips on social media services, and to prohibit subscribers from emailing clips to more than five recipients at other organizations.

The ruling comes two months after Hellerstein issued a mixed decision about whether TVEyes' clipping service infringes copyright. He said that some components of the service -- including a feature that allows users to archive clips for later viewing -- are protected by fair use principles. But he also ruled that the service isn't protected by fair use when it offers downloads of news clips.

The dispute between TVEyes and Fox dates to 20213 when Fox News brought a copyright infringement lawsuit against TVEyes, a $500-a-month television monitoring service that enables subscribers to search for television programs by keywords, view snippets and download and share clips.

But Hellerstein ruled in August that the downloading feature "goes well beyond TVEyes' transformative services of searching and indexing."

He also said at the time that TVEyes' subscribers should be able to send clips to other people, but warned of a "substantial potential for abuse."

The fight between Fox and TVEyes drew the attention of other TV news broadcasters, including CNN, CBS and NBCUniversal, who weighed in with Fox.

But others, including Victor Navasky, former editor and publisher of The Nation, sided with TVEyes.

The order issued on Friday will take effect in December.