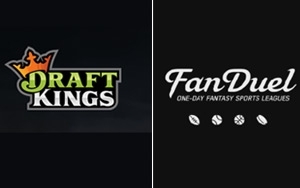 He stated: “Daily fantasy sports is neither victimless nor harmless. It is clear that DraftKings and FanDuel are the leaders of a massive, multibillion-dollar scheme intended to evade the law and fleece sports fans across the country.”

How does this decision affect TV advertising?

In response to this question, left on a support area at DraftKings, a customer experience team leader named Brandon said:  “If you're like us and you believe that daily fantasy sports is fun, entertaining, and a game of skill, please use the link below and let [Eric Schneiderman] know that New York has bigger challenges than fantasy football,” directing Media Daily News to a Fantasy Sports Trade Association area. An FanDuel representative did not comment.

But sources close to the companies expect little to change in regards to daily fantasy sites national TV advertising plans.

Both DraftKings and FanDuel have rocketed to be among the top NFL TV advertisers -- spending millions. Together, the companies have raised some $800 million in private investments.

One key 2006 court decision that gave these companies the go ahead to begin Internet daily fantasy sports businesses concluded that fantasy leagues are “games of skill” not “games of chance,” which means gambling.