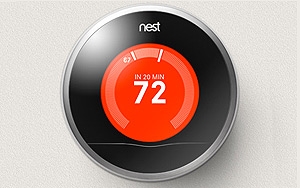 And the winning emerging technology is … smart homes.

New research from GfK finds that half of U.S. consumers think smart-home technology will have a major impact on their lives -- more so than wearables, cloud computing or mobile payment systems. According to the survey (which asked consumers to choose among 11 leading-edge technologies about their importance on people’s lives) 51% of American consumers selected smart home technologies, compared with 50% for mobile payments (50%), wearables (42%) and cloud computing (41%).

“[Smart Home technology] has the potential to touch across almost any category,” Rob Barrish, GfK’s senior vice president for technology in North America, tells Marketing Daily. “There’s a whole range of possible use-cases and hubs within the home.”

“With price standing out as the top barrier to adoption, [companies] will need to focus on marketing that demonstrates not only that their product solves a problem, but also that it carries emotional appeal,” Barrish says. “It’s got to be a product that’s ‘plug-and-play’ and will recognize the hub that’s within the home.”