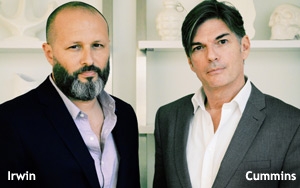 “New York is an idiosyncratic market, and we came in here cold. And purposely so," says Sean Cummins, founder and CEO, c&p.

"You can’t impose your style on the market and hope it will respond. You have to learn the rhythms. We have a great culture and philosophy that comes from our Australian roots…but you need a New York savvy," he adds.

Now, c&p is acquiring this New York savvy by purchasing Brooklyn-based creative shop dc3. Terms of the deal were not disclosed.

Founded by creative veteran Todd Irwin, dc3 will move from its Brooklyn office into p&c's Manhattan location. The combined entity will have 30 employees.

“I have been looking at a number of agencies over the last six months, and it wasn’t just the businesses that mattered, it was the quality of the people. In Todd, we have found an outstanding creative talent and a great businessman. That is the killer combination” said Cummins.

The agency founder understands how to successfully navigate mergers. Cummins previously sold his agency, CumminsNitro, to Sapient, which re-branded the shop as SapientNitro, now part of Publicis Groupe.

In 2011, Cummins went on to launch c&p in Melbourne as an independent full-service agency. It opened in New York in June 2014, followed in April 2015 with the opening of its second international office in Toronto.