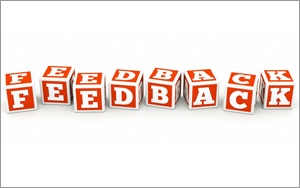 We received some interesting comments on yesterday’s RTBlog, “Do You Think The Ad-blocking Threat’s Urgent? If So, What Are You Doing About It?” Please keep your comments coming and let us know how ad blocking is affecting your business  -- and what you think can be done about it.

Taking a look at some reader comments:

Virginia Suhr from Lobo & Petrocine Marketing pointed out that until consumers’ favorite content disappears, they won’t care so much about using ad blockers — but that less intrusive ads will help.

Virginia agrees that issue is urgent and that soon it will become commonplace to block ads. She makes these points:

My Response: This is fairly basic. The industry has been doing this for a very long time. The pact you make for getting free content is to accept ads. But just because you accept the pact doesn’t mean ads have to be so intrusive and take over the entire page, etc.  Yesterday, I counted four times that I had to "‘x" out of ads that obscured content I was trying to read. Argh!

2. Offer an incentive for consumers to look at ads, such as a reward program. Consumers would get points for the number of ads they don't block and can redeem them for prizes from advertisers and content providers.  "People like to get 'stuff.'"

My Response: This sounds plausiblel I’ve heard this offered as a potential solution before. But is anyone actually doing this? Let me know. Any examples out there?

Personally, I think we’ll see more native advertising or branded content in response to the increasing use of ad blockers.

Another reader, William Cosgrove of Devcode Services, agrees with Penry Price’s comments cited in yesterday's post. Cosgrove says: “The important point that advertisers missed is the fact that the consumer has taken control today and wants to be educated and entertained.” If I understand him correctly, consumers want to be lured in, delighted and entertained. They don’t want ads pushed at them. Sounds reasonable to me.

Cosgrove attributes part of the problem to programmatic advertising that’s designed to reap financial rewards at the expense of the consumer experience. He notes that “less than 8% of what clients pay for impressions and clicks is human.”

My Response: I think William makes a good point about programmatic being part of the problem, as companies seek financial gains at the expense of consumer experience. But where he get the 8% figure? Curious.

If we “pull this magic carpet” as you suggest, William, what kind of advertising ecosystem will we see? How does that address the problem of creating less-lnterruptive creative?

Ed Papazian from Media Dynamics, Inc., a frequent commenter on this blog, sides with advertisers, maintaining that part of the problem lies with publishers. “They control where and how many ads interfere with their users' perusal of their content...don't they? Instead of the helter-skelter manner of scheduling/serving ads, the sellers should create standard formats--probably like TV/radio commercial breaks--which users come to expect and can ignore or not at their pleasure--just like on TV and radio," he writes.

"Such an organized system would not only allow users to access and read content without random interruptions, it would probably enhance the impact of many ads and allow publishers to charge higher CPMs. I don't think that inviting users to pay to avoid ads will accomplish much--except to reduce the visitation rates for most publishers' websites."

My Response: Yes, Ed, but people are, in fact, willing to pay a premium not to see ads! There are plenty of subscription services that free me from looking at ads -- although the teasers and trailers on HBO and Showtime are getting a little much. If these promos weren't shot so well, I would throw my shoe at the TV.

Finally, Dave Ginsburg, CMO of Teridion, (full disclosure: he’s my cousin and one of the smartest guys I know), comes at the issue from the B2B networking side. In an email, he told me that he sees ad networks and the ad blockers escalating their war. “The ad networks have gone too far in being intrusive.  They've overstayed their welcome. The Times article confirms this.” The article he refers to is a good read on the subject.

Now, for all the creatives out there: What are your ideas for less intrusive ad formats? Please weigh in here with specific ideas and I’ll explore them in a subsequent column.