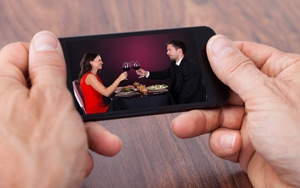 If 2015 was the year the markets became aware of shifting media consumption to digital, according to a new report by Forrester Research, then what will happen in 2016? That’s the question Forrester aims to answer in its new media and marketing study, “Media’s Unbundling Accelerates.”

Luca Paderni, vice president and research director serving B2C marketing professionals, said the biggest takeway from the report is the shift from targeting content to targeting audiences, meaning that marketers will insist on hitting a more refined audience profile with data like purchase behavior or demographics. Viewership isn’t the same thing as audience, he said.

Targeted content offers some degree of information on the average Web page viewer, but the “customer journey,” as Paderni described it, is much more than that. It’s about learning what people do during the course of their day and how content fits into that, he said.

“Even if ESPN thinks [tuning into its programming] is the most important thing [consumers] do in the day, it’s not. It’s one of 75 things they do in their day,” Paderni said.

Other key takeaways include: