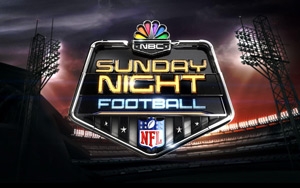 Nielsen C3 data -- average live commercial ratings plus three days of time-shifted viewing -- sank 7% for both prime-time and total day across broadcast and cable networks for key 18-49 viewers, according to MoffettNathanson Research.

NBC led all networks in the month -- up 2% to 3.34 million 18-49 prime-time viewers due to stronger “Sunday Night Football” ratings. CBS was down 10% to 2.75 million. But MoffettNathanson Research says this is an sequential improvement from September, where the network was down 18%.

ABC was down by 12% to 2.22 million as a result of lower NCAA football ratings. Fox gave up a big 23% in the month to 1.86 million, losing ground because all five Major League Baseball World Series game were pushed into November from their usual late October time frame.