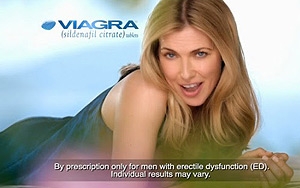 The American Medical Association is calling for a ban on prescription drug, direct-to-consumer advertising, saying the billions of dollars spent on the ads are leading consumers to demand unnecessary expensive drug treatments and affecting doctors’ ability to provide affordable healthcare.

As part of a the new policy adopted at its interim meeting this week, the AMA will convene a task force to investigate drug advertising and launch an advocacy campaign to promote more choice and competition in the pharmaceutical industry as well as greater transparency into prescription drug costs.

The AMA will also encourage federal regulators to curb anticompetitive practices within the pharmaceutical industry (particularly when it comes to patent protections and exclusivity incentive abuse). The group will also monitor pharmaceutical company merger-and-acquisition activity.

The AMA will encourage actions by federal regulators to limit anticompetitive behavior by pharmaceutical companies attempting to reduce competition from generic manufacturers through manipulation of patent protections and abuse of regulatory exclusivity incentives.

“Physicians strive to provide the best possible care to their patients, but increases in drug prices can impact the ability of physicians to offer their patients the best drug treatments,” AMA Board Chair-elect Patrice A. Harris, said in a statement. “Direct-to-consumer advertising also inflates demand for new and more expensive drugs, even when these drugs may not be appropriate.”

AMA officials did not respond to repeated requests for comment and information.

More than $4 billion was spent on pharmaceutical advertising last year, according to Kantar Media. Groups representing the pharmaceutical industry, not surprisingly, said the advertising helps foster important discussions between doctors and their patients.

“Patients and caregivers want and deserve up-to-date information on the availability of drugs,” said John Kamp, executive director for the Coalition for Healthcare Communication Executive Director, in a statement, adding that a ban would violate pharmaceutical companies’ right to free speech and the ability to “to tell the truth about their products and services.”

The group also noted the DTC advertising is heavily regulated and pointed to “numerous studies” that demonstrated that patients who seek out information are more likely to follow directions.