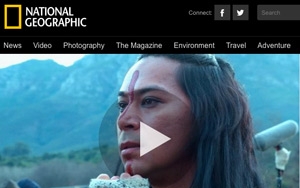 Platt will partner with Moore to drive the global revenue of the entire portfolio of National Geographic Partners’ businesses. Platt will also have oversight of the new venture’s international operations.

Susan Goldberg, who currently serves as editor in chief of National Geographic magazine, will add the title of editorial director. Goldberg will be responsible for all of publishing under the new venture, including digital journalism, magazines, books, maps, children and family, travel and adventure.

The formation of National Geographic Partners has not been without controversy. Earlier this month, the company announced the largest round of job losses in its history. According to the Washington Post, employees dubbed October “Choptober” - this month is “Knivember.”

“As wonderful as it was to have those yellow magazines on our tables growing up, there’s no need for them any more,” Andrew Wilk, the first head of programming at the network and one of the few people who agreed to be quoted on the record, told the Guardian. “Those days are over, unfortunately.”

Wilk was appointed by the National Geographic Society when it launched in 2001. In the early 1990s, the company’s flagship publication boasted 15 million subscribers - that number is now closer to 3.5 million.

The National Geographic channel may be the company’s saving grace.

Estimates provided to the Guardian by media analyst firm SNL Kagan put affiliate fees at $271.2 million in 2015, projected to reach $284.7 million next year. Ad revenue should jump from $165.9 million to $171.1 million over the same period.
cable tv, magazines, management, tv
Next story loading