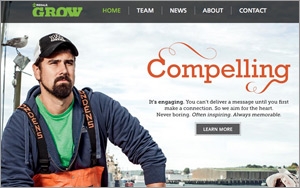 While a number of big magazine publishers have been expanding their in-house production capabilities for marketing services, in areas like native advertising and branded content, health and fitness publisher Rodale appears to be moving in the opposite direction.

At least six Rodale employees lost their positions in the shutdown, and more cuts may be on the way, according to Folio, which first reported the news.

Rodale subsequently confirmed the decision to dissolve Grow, stating: “As we continue to transform from publisher to healthy living company, we made a strategic decision to focus on our core business and new areas of growth.”

The decision to shutter Grow follows several years of lackluster business performance, per Folio. Several current clients will have to take their custom content business elsewhere, including Whole Foods and Johns Hopkins.

As noted, the general trend in the industry has seen a number of publishers expanding their marketing services, including launching in-house agencies for production of native advertising and branded content.

Most recently, last month Tribune Publishing launched Tribune Content Solutions to create multiplatform campaigns for local and national advertisers; at the time Tribune noted it has already created native advertising and branded content campaigns for over 70 clients this year.

In August, Time Inc. launched The Foundry, a new cross-channel creative shop, and in July The New Republic launched a new in-house content marketing agency called Novel. In February, Billboard and The Hollywood Reporter unveiled Adapt Studios, while in January, Condé Nast launched 23 Stories, which allows advertising clients to tap into the expertise of the publisher’s own editorial teams.