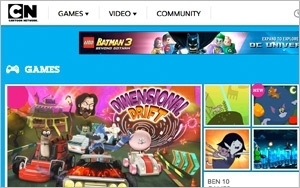 The judges wrote that people who download the Cartoon Network's free mobile app aren't "subscribers" to the service. Therefore, the court ruled, the company didn't violate the Video Privacy Protection Act, which prohibits video companies from sharing personally identifiable information about the viewing history of "subscribers," "renters," or "purchasers."

That decision appears to mark the first time a federal appellate court has addressed how the 27-year-old federal privacy law applies to streaming video. Congress passed the measure after a newspaper obtained the video rental records of Robert Bork, who had been nominated (unsuccessfully) to serve on the U.S. Supreme Court.

Attorneys for Ellis are now asking the entire 11th Circuit to hear the case. He argues that the panel's decision "has unwittingly licensed video providers to disclose -- to anyone, at any time, and for any reason -- the viewing history and identity of any person who watches videos on a smartphone or tablet app."

The lawyers add: "Under the panel’s decision, video providers can do so without fear of suit under the VPPA just so long as the app doesn’t require a login or registration process."

The judges who ruled in favor of The Cartoon Network said that users who download free apps aren't "subscribers" because they don't have a relationship with the developers. "The downloading of an app, we think, is the equivalent of adding a particular website to one’s Internet browser as a favorite, allowing quicker access to the website’s content," the panel wrote.

Ellis's lawyers now say that analogy reflects a misunderstanding about the nature of apps.

"The relationship created by installing and using an app, even a free app with no formal registration, is far stronger than simply bookmarking a website," counsel argues. "Apps are so powerful that the extent of their functionality explains why Cartoon Network didn’t require Mr. Ellis to register for or log into its app: it didn't need to."

The dispute stems from a potential class-action lawsuit filed in 2014 by Ellis, who alleged that Cartoon Network wrongly transmitted information about his viewing history, combined with his device's “Android ID,” to Bango.

U.S. District Court Judge Thomas Thrash, Jr. in Georgia dismissed the lawsuit last year on the grounds that an Android ID is not personally identifiable.

Ellis appealed to the 11th Circuit, arguing that data that might appear to be “anonymous” -- like the random characters in an Android ID -- can be personally identifiable, depending on the circumstances. He also says that Bango was able to match Android IDs to actual people by drawing on outside databases.

The appellate judges said last month that they didn't need to decide whether an Android ID is personally identifiable, given their ruling that Ellis wasn't a subscriber to Cartoon Network.