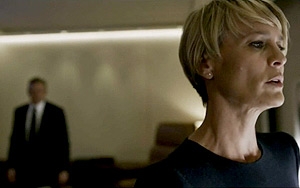 If you needed further proof that streaming video is ever-changing (but here to stay) consider this: 40% of OTT video services offered in the U.S. market were introduced to consumers within the past two years, and 25% came out in 2015.

According to estimates from Parks Associates’ most recent “OTT Video Market Tracker,” the top video streaming service (based on number of subscribers) is Netflix, followed by Amazon Video and Hulu. Beyond those three, however, the list is dominated by sports and the recently introduced.

“For a company like HBO to go from zero in March to number six on the list by October is a huge jump,” Sappington says. “Many sports are looking for online services to build audience and revenue. The fact that more content is going to online is an incredible shift.”

“The market for OTT video services is just getting started. With several offering new, original content and Internet giants like Yahoo! purchasing broadcast rights to major sporting events, more consumers will look to OTT video services in the future,” he says. “The key for the industry will be to package, market, and monetize these services in ways that will drive big money and big business.”