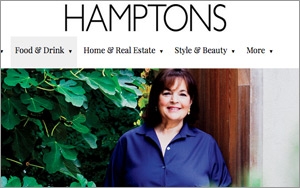 Niche Media is changing the name of the company to Greengale Publishing and shaking up the editorial staff at a few of its magazines, including Hamptons, Gotham and Capitol File.

“Some positions were eliminated throughout the company,” said Katherine Nicholls, CEO of Niche. “However, we will seek to reallocate resources toward areas that are more aligned with our growth opportunities.”

In an email to friends, Thorp said her job had been “eliminated in a national corporate reorganization.” The ouster came as a surprise to the small staff, though signs of cutbacks at the magazine had emerged recently, including unfilled positions and pay freezes.

Several lower level positions at Niche Media are being eliminated on the edit and ad sides, as well.

The shuffling comes after talks were reportedly held this summer about merging Capitol File with rival Modern Luxury, the publisher of DC Modern Luxury, whose content is similar and whose advertising base includes many of the same national luxury brands.

Niche Media is promising to launch “newly updated magazines in the spring of 2016,” according to Nicholls, who did not reveal what the new redesigns mean for the magazines.

Niche Media Holdings is publisher of 11 titles and was purchased in 2014 by Greengale Publishing, a Nevada-based, family-owned company formed by Jane Greenspun Gale and her husband Jeff Gale. The pair were managing partners at Niche Media Holdings when it was part of Greenspun Corp.
m&a, magazines, management
Next story loading