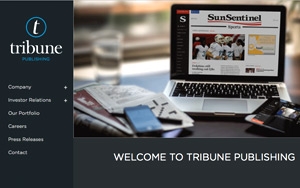 Tribune Publishing announced Thursday the appointment of Rajiv Pant and Mohit Pandey to its digital team, in hopes of reinforcing mobile and Web products.

Pant will report to Denise Warren, Tribune Publishing’s president of digital. He will oversee digital technology, product development and user experience for the company’s newspapers, including Los Angeles Times, Chicago Tribune and nine other news and information brands.

Pant stated that he sees great potential in realizing economies of scale across the network and supporting “custom development that leverages each brand’s unique and differentiated content.”

The company also named Mohit Pandey as SVP, engineering and mobile. Pandey currently leads mobile engineering for The New York Times Co. He will continue to serve in an advisory role at that company. Padney will report to Pant.

Pandey stated that he hopes to cultivate a “mobile first culture” at Tribune Publishing.

“With mobile, we have the ultimate platform to create rich, engaging experiences that keep our customers connected to their communities of interest, while allowing our marketing partners to engage with our coveted audiences,” he added.

Pandey will be charged with strengthening Tribune Publishing’s software engineering and suite of mobile products to deliver engaging experiences for consumers and advertisers.

In October, the sites of Tribune’s 11 newspapers hit an all-time traffic record, with 49.2 million unique visitors.

Warren added that Pant and Pandey will work together to build a solid technology platform for Tribune Publishing’s customers and create "a data-driven, mobile-first culture that will further propel our leading brands."

Pant and Pandey, who begin their respective roles on Monday, Nov. 30, will be based in New York.

The Wall Street Journal reports these hires come as Tribune Publishing makes an effort to bolster its digital team as the company suffers from continuing declines in newspaper advertising revenue.

The New York Times reports that revenue remained virtually flat for the company at just over $400 million. The company reported a net loss of $3.4 million.

The company saw advertising declines especially in national advertising, which is integral to the company's plan to sell across its newspapers.

Tribune Publishing is trying to cut costs by $70 million this year. As Publishers Dailypreviously reported, roughly 500 Tribune Publishing employees have accepted buyout offers from the company, equal to 7% of its total workforce of around 7,300.
digital, mobile, online publishing
Next story loading