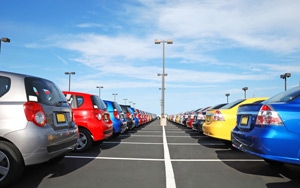 November is winding up already, and people are still talking about October. Not how warm it was, but how hot automobile sales were, what with low gas prices, a record number of new vehicles and high demand for trucks and crossovers. And the warm weather probably helped get people into dealerships.

It looks to be a similar situation for November, based on some predictions coming out now from the likes of J.D. Power. The firm predicts total and retail new light-vehicle sales will rise 7% on a selling-day-adjusted basis, according to a monthly sales forecast developed jointly by J.D. Power and its LMC Automotive unit.

The adjustment needs to be made to get an apples-to-apples number because November, as J.D. Power points out, has just four selling weekends for the first time since 2012, and it has the fewest selling days (23) of any month since September two years ago.  J.D. Power sees total light-vehicle sales — a combination of retail and fleet sales — reaching close to 1.3 million units this month, a 7% increase, adjusted by the number of selling days, versus last year.

“The strength of the industry continues to be observed through strong sales volume and high transaction prices,” says John Humphrey, SVP of the global automotive practice at J.D. Power, adding that so far in November, the average transaction price -- $31,498 -- is the highest level ever for any November and the second-highest for any month. The record was $31,519, set in December of last year.

Thanks to those high transaction prices, the industry is also setting records for long-term loans and leases this year. J.D. Power said that in the first two weeks this month, lease penetration has reached 27.7% -- a two percentage-point lift from the full-year 2014. The firm says that long-term loan penetration has increased 2.2 percentage points to 34.4% over the same time period.

Says Humphrey, in a statement: “Lease and long-term loan penetration are at all-time highs and could increase even more as a way to offset higher interest rates in the months to come.”

LMC Automotive is estimating total light-vehicle sales for the year to reach 17.5 million units, up from the 17.3 million units LMC had predicted.