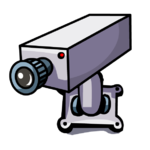 While privacy is frequently a leading discussion point around The Internet of Things, it often is talked about in parallel with security.

And it looks like with good reason, based on a new report forecasting the evolution of IoT security threats for the next year.

With the growth of wearables, such as fitness trackers and smartwatches, those devices will become a target-rich environment for attacks, according to the 2016 Threat Predictions report by McAfee Labs, which is part of Intel.

Wearables will be a prime target for hacking since they collect personal data and are relatively insecure entry points into smartphones, according to the report, noting the projected growth in the number of wearables to reach 780 million devices by 2019.

Mobile control apps for wearables are likely to be compromised in the next 12 to 18 months in a way that will provide valuable data for certain kinds of technology attacks, based on the report.

And it’s not just wearables.

With 220 million cars estimated to be connected by 2020, there will be a rapid increase in cyberattacks on them next year. McAfee says this is due to the rapid increase in connected automobile hardware built without foundational security principles, suggesting that cars need defense in depth, with layers of protections to reduce the risk and impact of such attacks.

It’s expected to get even worse the following year, as poorly secured driverless cars and smart highways further expose drivers and passengers.

With 12% of cars projected to be connected to the Internet next year, the report suggests there should be an easy way to remotely update software in cars.

As the number of connected objects continues its booming growth, the amount and nature of data collected from people interacting with those connected devices will grow along with it.

In a separate report by Frost & Sullivan, security threats are projected to be the single biggest issue in the information and communications technology sector to tackle next year.

As marketers tap into the data flood coming from connected devices, the challenge will be to make sure they know who else might be watching.