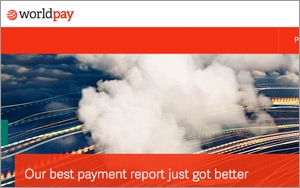 The report found that subscription services in publishing was popular with 86% of respondents. Most preferred a onetime payment as opposed to monthly billing.

However, subscriptions in digital media -- such as music, movies and TV -- were rejected by 40% of respondents, who said they were not getting value for money.

Nearly 40% of those surveyed had between one and five digital subscriptions—either free, freemium or premium.

There was also a significant proportion (27%) that had failed to purchase any premium service.

Only 20% had purchased more than five premium products.

The survey asked respondents what it would take to upgrade to a paid subscription. 49% said it would boil down to quality content, while nearly 34% wanted more access and 33% an improved user experience.

Paid subscription services now make up 23% of the digital content market. They also reduce churn, as 46% of respondents failed to cancel the free subscriptions when the trial period ended and were billed accordingly.

The U.S. consumption of magazine media grew 10.6% in total during 2014, compared to a year earlier. Web consumption (desktop, laptop, mobile and video) went up 22% and now represents a third of total usage.

The study also reported that impulse buys at newsstands and bookshops have been replaced in many countries with online sales, free Web sites and electronic subscriptions.

The online survey concentrated on four areas of digital media and software—social, media, technology and publishing—to assess how likely people would be to pay for digital products and services.

Worldpay surveyed 7,069 people from the United Kingdom, United States, Germany, Japan, Brazil, India and China in August 2015. The study was conducted by Morar on behalf of Worldpay.