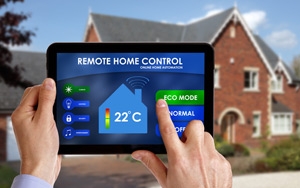 Internet connections require speed to access Web pages on mobile and desktop slowed by video, animation, and programmatic ad-serving platforms that depend on split-second decisions to bid on and serve the correct advertisement, but homes and businesses will also need the power to drive robotics and computer systems to run efficiently.

Projects that sit under the Alphabet holding company Access -- one of them Fiber and the other Energy -- could soon fall under a new combined name, according to one report, which cites sources familiar with the change.

In a nutshell, several reports suggest that Alphabet executives are laying the necessary broadband foundation for robotics and server technology of the future that drives the average home, but that also means a continuous flow of downloads, uploads and streaming content at consistent speeds to and from the Internet on a variety of devices simultaneously.

The media outlet picks apart the details of the business unit to predict that Alphabet will announce a new subsidiary that combines Access and Energy -- allowing it to spur on service providers like AT&T, Comcast and Verizon to offer better speeds rather than supplant them.

The analysis also hints at borrowing funds driven by search advertising to support the endeavor, based on research from Carlos Kirjner, a senior analyst at Alliance Bernstein, who dug into Fiber's numbers by conducting door-to-door surveys in its existing cities. While the estimates remain foggy, depending on the pace of Fiber’s expansion, Kirjner estimates the unit could claim up to $2 billion in capital expenditures next year.

Bernstein analysts did their own door-to-door research in October, releasing the data earlier this month. The analyst firm estimates that 427,000 households and 96,000 business locations use Google Fiber, mostly in and around Kansas City and Provo area. Even if Google builds out all 40 cities, it already announced and the additional six cities it is considering, it would only pass 4.3 million homes, per the research note.

"Based on our past door-to-door survey of Kansas City Fiberhoods and on Google’s disclosures, we estimate that in Kansas City Google reached a penetration of about 20% of homes passed within one year of turning on service, putting it well on the way to exceed 40% of homes passed and realize attractive ROIs," per the Bernstein report.