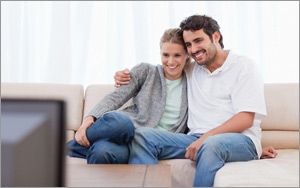 After a weak first half of the year, TV advertising continues to perk up in recent months -- and will see stronger growth in 2016 due to the Summer Olympics and presidential elections.

MoffettNathanson Research estimates overall TV advertising will climb 4.8% next year -- with local TV stations the big gainer, up 10% in revenue in 2016 versus a 4.5% decline in 2015. Local cable will also grow to high levels -- 7.4% versus 6.0% for 2015. Political advertising and Olympics will be major contributing factors.

The big four broadcast networks will rise 6% in 2016 after a year of mostly down periods, averaging an estimated 4% pullback for the full-year 2015.

National cable networks will remain consistent -- albeit with lower gains. MoffettNathanson expects those channels will see a 1.2% gain in 2016 -- up from a 1% estimated hike in 2015 and a 1% actual rise in 2014.

For the most recent three-month period, national TV networks performed a bit better than expected -- up 1% to $8.3 billion against an estimated 0.7% decline. Strong scatter market sales marked the difference.

Overall, there has been a 6.4% decline for the first nine months of 2015 for TV networks and a 2.6% overall for TV -- which includes broadcast and cable networks, local TV stations and local cable.