Human Traffic Overtakes Bots, But The Fight Isn't Over 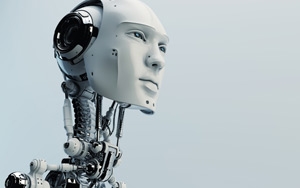 Still, bad bots, which pose a security threat to publishers, are probably not going anywhere. Below is an excerpt from a conversation with Tim Matthews, VP, Imperva Incapsula, on the study's implications for marketers.

Real-Time Daily: This year humans are responsible for the majority of Internet traffic. What does that mean for advertisers?

Advertisers are looking to connect with humans, individuals who are buyers, customers, users… The fact that humans are taking back the lead is a little bit of good news.

RTD: What’s one bot traffic trend you expect for 2016?

What we expect to see is a continued use of scraping bots which scrape information on competition. It’s a big problem for a lot of our customers. Competitors are essentially stealing intellectual property or marketing ideas, [a process that's] propagated by competitors around the world. It’ll continue until someone does something about it.

RTD: What kind of competitive information do bots steal?

Scraping bots act like a user or try to impersonate Googlebot to get to a page. Impersonator bots try to look like a familiar tool to an operator and could be used to scrape potential details of a customer.

For IP location, you could probably write a pretty sophisticated bot system to figure out how companies are trying to target their customer base…

In terms of harvesting customer data, there’s a probing bot, looking for passwords and vulnerabilities. Those require a SQL injection attack -- a query with an unusual query string trying to extract data.

RTD: How much traffic do those bots account for?

In our study, hacking tools represent 2% of all traffic. It sounds small, but it’s not.

Even savvy site owners and advertisers may not know about all the other kinds of bots, like those that create false impressions, scraping bots, comment bots, bots that hit a site with requests for service, or more insidious bots looking for holes in your site to perform data breaches.