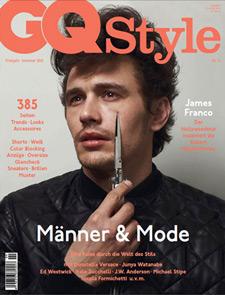 Will Welch has been named editor-in-chief of GQ Style. The publication plans to move from a biannual print edition to a quarterly magazine, as well as expand their digital presence, following the shuttering of Details.

GQ editor-in-chief Jim Nelson commented that Welch is “the man for the job,” as he is “constantly looking for what’s new, what’s unique, and, in a crowded world, can instantly identify what and who stands out for quality and originality.”

Welch has been editing the fashion pages of GQ for nearly nine years. He joined the publication in 2007 as an associate editor covering fashion, pop culture and music. In 2012, he was promoted to senior editor and in 2014, to style editor.

Welch also led the annual April “Style Bible” issues, the “The 20 Most Stylish Men Alive” list and a new project, “The GQ 100,” a ranking of the 100 best men’s stores in America.

Before  GQ, Welch spent four years at The Fader magazine, where he was deputy editor.

GQ’s focus on its Style offshoot comes after the company announced the closure of Details last month. Since then, GQ Style announced its new quarterly publishing schedule and launched its own Web site.

Some of the team from Details are likely to transfer over to GQ Style, which would pick up the more high-fashion audience that Details targeted.

GQ Style will have "high paper stock and macrophotography of products with a high-end aesthetic," according to WWD. Each issue will be around 200 pages and will be priced at $14.99.

Welch says that issues of GQ Style will do long-form stories on fashion designers and houses.

When asked how GQ Style will differ from GQ, Welch’s vague answer suggested the publication is still working on defining itself. “I’d say that GQ is broad in the best way. And GQ Style is narrow in the best way,” he said in an interview with GQ.