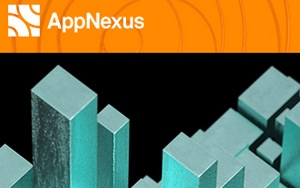 Ad-tech company AppNexus announced Monday that it has signed deals with over 50 publishers including Axel Springer, Foursquare, Groupon, Hearst and NASDAQ in the last six months — positioning the company as more of a rival to Google’s DoubleClick publisher business.

“We expect to see a major inflection point in 2016 and emerge as the leading platform for publishers,” stated Ryan Christensen, SVP & GM of the AppNexus Publisher Technology Group.

The deals follow the company’s launch of the AppNexus Publisher Suite in November. The suite is being touted as the “only open and transparent full-stack alternative to Google's publisher product suite” (DFP), as well as an expansion of its global technology partnership with Microsoft.

Christensen called the suite the “first natively programmatic, next generation publisher ad stack to give digital publishers an open, independent alternative to legacy platforms like DFP.”

Christensen added that AppNexus’ focus is not to compete with clients in their media or consumers businesses but to focus on building a remarkable platform -- which he claims is the main distinction between the AppNexus Publisher Suite and Google’s product.

AppNexus is expected to make an IPO next year, according to The Drum.

Earlier this month, AppNexus announced an expansion of its global technology partnership with Microsoft.

The company's publisher suite will enable Microsoft inventory to be bought programmatically in 39 additional markets across Latin America, Asia, the Middle East and Eastern Europe by February 1, 2016.