Meredith Takes MSLO Editorial On Board 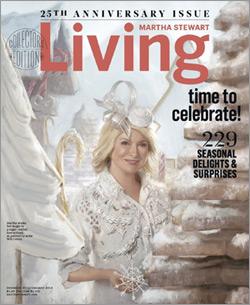 The new 10-year deal between Meredith and Sequential replaces the previous agreement with MSLO struck in October 2014, and covers all editorial and operational staff for print, digital, and video production at flagship magazine Martha Stewart Living, Martha Stewart Weddings, and their associated Web sties.

Sequential Brands Group -- a global retail licensing business spanning a variety of consumer brands in categories including home, fashion, lifestyle, and active pursuits -- acquired Martha Stewart Living Omnimedia for $353 million in June of this year. The acquisition effectively spelled the end of MSLO as an independent business entity, following the licensing deals with Meredith and Sequential announced in fall 2014.

Licensing has loomed large in MSLO’s bottom line in recent years, but it also got the company into legal hot water. In 2011, MSLO and J.C. Penney unveiled a licensing and merchandising deal, calling for the creation of mini-stores carrying Martha Stewart-branded product lines in J.C. Penney stores. They were sued by Macy’s, which argued that their deal violated the terms of its own contract with MSLO. The lawsuit between Macy’s and MSLO was settled out of court in January 2014.

Referring to the most recent change, Meredith National Media Group president Tom Harty stated: “The change will be invisible to the consumer, and will help to further strengthen the Martha Stewart brand in the advertising marketplace.”