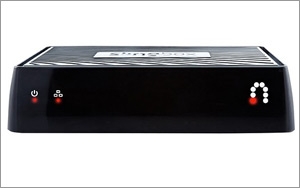 Dish says in a new Federal Communications Commission filing that Charter is "threatened by Sling TV," and has used anticompetitive methods to "undermine" the online video service.

Dish makes the statements as part of its campaign to convince the FCC to reject Charter's proposed $89 billion merger with Time Warner Cable and Bright House Networks. If the deal closes, New Charter (the post-merger name of the company) would serve almost 30% of U.S. homes with broadband connections of at least 25 Mbps.

In October, Dish argued in an FCC filing that Charter's merger with Time Warner and Bright House "would permit and motivate the combined company to hurt or destroy online video rivals, including the Sling TV OTT video service, through its control over the broadband pipe."

This week, the company added in a 9-page letter that Charter has engaged in "efforts targeting" the over-the-top service Sling TV. The filing was first reported by FierceCable.

"Charter’s laser-like focus on Sling TV shows that it views Sling TV as a serious competitive threat rather than a benign interest," Dish writes. "It also shows that Charter does not believe its broadband Internet customers are more important than its video subscribers."

Most of the letter isn't publicly available -- presumably because Dish references sealed material. But Dish broadly alleges that documents in the matter "reveal thinly veiled complaints to programmers about making their programming available to Sling TV and other OTT products."

Earlier this year, Dish unveiled Sling TV, a $20-a-month cloud-based service that enables consumers to watch television from 19 cable channels via broadband connections. None of the major broadcaster channels are included.

In October, Charter countered by rolling out a "skinny bundle," which offers access to the major broadcast channels and HBO or Showtime for $13-a-month service; people can add 16 cable channels for an extra $7 a month.

Earlier this year, Charter promised that it will follow some of the net neutrality rules fot least three years as a merger condition, even if the regulations are vacated by a court. Specifically, Charter said it won't block or throttle content, and won't charge content companies higher fees for faster delivery of their material.

Charter also promised that it won't cap broadband data, or charge customers based on their data consumption, for at least three years. In addition, Charter said it won't charge content companies like Netflix extra fees to interconnect directly with Charter's servers.