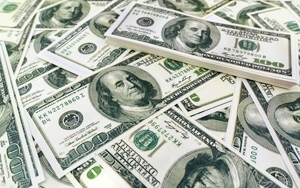 The future of advertising resides in video, helped by search and programmatic buying. London-based IHS analyst Eleni Marouli predicts that in 2016, video will become the new mobile, contributing "substantially" to the billions spent in online and offline advertising.

Video advertising in 2016 will account for one-quarter of all display advertising -- driven mostly by technology companies, broadcasters and legacy print publishers. Marouli believes these segments will attract TV brand dollars by investing in video properties and expanding their video ad offering across Facebook, YouTube and Twitter.

Facebook will continue to capitalize on video and mobile, attracting budgets from smaller companies. The average revenue generated by advertisers on Facebook is about $1,500, Marouli says.

The advertising industry will increasingly see initiatives around measurement in 2016.

"Broadcasters will need to innovate, and technology companies will need to become more TV-like, which prompted the invention of the Facebook TV rating points that allow brands to compare campaigns across channels," Marouli says. "

Legacy print publishers like The Guardian, The Telegraph, Axel Springer and Le Figaro will "find salvation in a competitive online advertising landscape by launching original video series, and broadcasters will continue to acquire and partner with advertising technology companies to improve and expand their video advertising revenue.

Traditional search volumes will fall in 2016, and companies like Google, Bing and Yahoo will need to reinvent themselves and become part of other channels and devices.

Print advertising fell for a fourth consecutive year at -5.6% in 2015, ending the year at about $95 billion. IHS analysts expect the decline to continue in the next five years, but at a much slower rate.