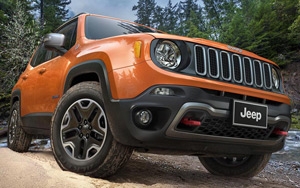 In an ongoing effort to attract travel enthusiasts and adventure lovers, Jeep partnered with Yahoo to run a set of native ad campaigns. The automaker -- known for forging new paths in native video ads to drive viewer engagement -- set out in mid-2015 to build a cross-channel campaign that would speak to existing and potential Jeep lovers through premium, creative content.

Three creative native advertisements in a 2015 Grand Cherokee digital video campaign ran from July through September across Yahoo properties, from the home page to digital magazines such as Yahoo Travel and mobile apps. Each of the three spots varied in length -- either 15 seconds or 30 seconds.

Amy Peet, senior manager of digital marketing at Fiat Chrysler Automotive U.S., says the campaign also combined native video ads with television. Through this process, Peet expects each video placement to drive reach, deliver on completion, and lower the overall cost of the campaign. "Mobile video placements are unique in the fact they deliver on high viewability and a more finite younger audience," she says.

"Add in the ability to optimize creative messaging to best speak one-to-one with a defined group of customers, and it allowed us to not only learn what best suited the audience but deliver personalized messaging." Peet says.

The result increased engagement and lowered costs, per the companies. This campaign was successful because Jeep's native video ads really spoke to their audience, per Brad Piggott, VP and industry lead at Autos, Yahoo. Jeep has been blazing new trails in the digital advertising and marketing, and by using native video ads across screens, the brand managed to increase consumer sentiment and purchase intent, he says.