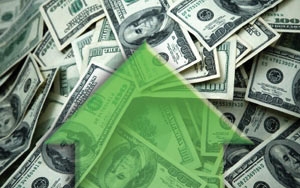 Global technology spending for business and governments will rise about 4.5% to $2.9 trillion in 2016, down slightly from Forrester Research’s projected 5.6% growth estimate released in August 2015. The research firm attributes the adjustment to weaker growth in Europe, Brazil, China and the Mideast.

The January 2016 forecast includes telecommunications services, while the prior forecast did not.

The United States will remains the strongest market by size and adoption. Mexico, Sweden, China, Poland, Israel, and the United Kingdom follow. Japan and Russia will lag, per Forrester’s “The Global Tech Market Outlook for 2016 To 2017” report.

Mobile apps built by contractors and consultants for global businesses and governments will reach $17.5 billion in 2016.

For the first time, Forrester's forecast includes telecom services, which have the largest share of the tech market. Telecom services will take $625 billion in 2016.

Software is the next-largest segment -- taking $597 billion, powered by cloud and analytics. Businesses will focus their spending on business technology, with BT accounting for more than half of total new project spending and more than a quarter of total tech spending in 2016 and 2017.

The forecast for 2017 purchases of tech goods and services shows growth of 4.7%, as measured in constant or local-currency terms, per the report.

As for 2016, Forrester identifies several themes for the global tech market. Moderate growth in tech spending, smooth sailing for the U.S. market. In addition, business technology will become the growth engine and cloud and analytics will make software and services the fastest-growing categories.

Forrester also notes that economic growth will depend on the weakness or strength of specific markets, such as the U.S., China, Japan and Europe.