How Facebook Oculus Rift-Microsoft Xbox Deal Could Pull In Bing 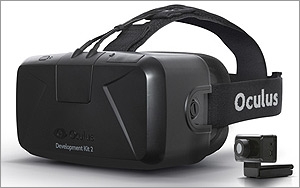 Facebook is partnering Oculus Rift with Microsoft’s Xbox One. The head-mounted virtual reality display will require speed and power. At CES, the social network announced it would begin accepting pre-orders for the headset at $599, to get a jump on sales. For those without a compatible Xbox One or another computer that can support the sophisticated system, it could cost consumers another $1,000.

Microsoft says it will have the capability to stream Xbox One games directly to Oculus Rift, although it's a product that will rival HoloLens, a holographic platform still in the developer-kit stage.

Oculus owners will need the power and speed. The new platform will require a graphics card equivalent or greater than the NVIDIA GTX 970/AMD 290, a minimum 8GB RAM, compatible HDMI 1.3 video output, two USB 3.0 ports, and Windows 7 SP1 or newer OS, according to one report.

Despite all the fancy technology and innovation, many consumers don't have the power or speed to support the platform.

The need for power and speed makes the Oculus Rift-Microsoft Xbox One partnership all the more interesting for Bing and game manufacturers that might want to bring the live Internet into their game.

If Xbox One is available through Windows 10 on the PC, will Oculus Rift also become available -- and will game developers find the means to tie it in with the live Internet through Bing?

While Microsoft monitors how many people have installed its new operating system, it also tracks how much people use its browser Edge, how often they use the virtual assistant Cortana, when they play video games, and which installed applications they run. It knows when the Windows 10 user streams a title from their Xbox One to their PC.

One more set of data points to help serve "more relevant" ads and the beginning of integrating the live Internet into fantasy.