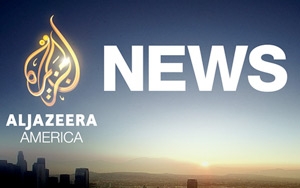 Al Jazeera is shutting down its American cable news channel after launching two and a half years ago.

The channel will close by April 30, an Al Jazeera America executive told staff, saying the decision was made by the channel's board of directors. Employees were informed of the decision during a full staff meeting on Wednesday afternoon, reports Politico.

"The decision that has been made is in no way because AJAM has done anything but a great job," CEO Al Anstey wrote in an email to staff that was distributed after the meeting.

“The decision is driven by the fact that our business model is simply not sustainable in an increasingly digital world, and because of the current global financial challenges,” Anstey added.

Employees were told that Al Jazeera will pursue a new global online strategy online with content delivered from the U.S. later this year.

“As audiences increasingly turn to multiple platforms, including mobile devices, for news and information, this expansion will allow U.S. and non-U.S. consumers alike to access the network’s journalism and content wherever and whenever they want,” Al Jazeera Media Network stated. The network is based in Doha, Qatar.

Al Jazeera America was available in about 60 million American homes, compared with roughly 100 million households that have cable TV. Its ratings struggled as well, approaching 28,000 viewers in prime time in 2015 and 19,000 viewers in total day, according to Nielsen.

Al Jazeera expanded in the U.S. market with the channel for a reported $500 million in January 2013, when it acquired and took over the cable slot of Current TV, a news channel cofounded by former Vice President Al Gore in 2005.

“It was a miscalculation that they could outdo the American news industry in covering the U.S.,” Tony Burman, former managing director of Al Jazeera English, the English-language international channel, told Politico.