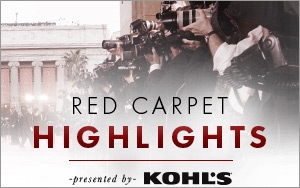 Think you know who will win Best Actress or which film will take home Best Picture in next month’s Academy Awards? Kohl’s is betting you do and has signed on to present “The Official Oscar Challenge,” a Facebook-based game that lets viewers cast their votes, challenge friends, and then watch how well they have predicted, with the chance to win Kohl’s gift cards, DVDs and Oscar memorabilia. The Grand Prize? A red-carpet trip to the 2017 Oscars.

But whether the event will be enough to win more shoppers over to the Menomonee Falls, Wisconsin-based retailer is as murky as Sylvester Stallone’s shot at Best Actor. The chain is replacing J.C. Penney as the event’s official retail sponsor, and like other department stores, has been struggling to connect with young women, who are increasingly shopping online and through specialty channels. And while Kohl’s has tried over the years to build celebrity buzz with clothing lines from Jennifer Lopez and Lauren Conrad, using the Oscars to further the connection is no slam-dunk.

“It may make sense on paper, but it’s a challenge for Kohl’s,” says Crystal Spence, senior consultant at Vivaldi Partners Group, a global brand strategy consulting firm. “It’s easy for tie-ins like this to fall short in the actual activation. It’s more than the big splashes surrounding the launch, or the underlying ads. For Kohl’s, the issue is realizing its ROI through digital activation.”

And since the retailer’s underlying message is “a value story,” she tells Marketing Daily, it may be difficult for viewers to reconcile the image of the store they turn to for towels and toasters with the entertainment industry’s most glittery event, where buzz centers on high-end designers, seven-figure jewelry, and off-the-charts glam.

Kohl’s “still isn’t winning with women,” she says, “and its celebrity endorsements from people like Jennifer Lopez and Lauren Conrad won’t come through with them.” And while baby clothes and sneakers aren’t exactly the stuff Oscar night is made of, Kohl’s “needs to focus on bigger brands to get people excited and in stores, like Nike and Carters.”

Earlier this month, The Wall Street Journal reported that Kohl’s is mulling a decision to go private or break up the company, while it struggles to remain relevant as it competes with the likes of Amazon.

J.C. Penney, which sponsored the Oscars for 14 years, also used a second-screen game to engage viewers, using a “Play to Give” game to raise money for charities.