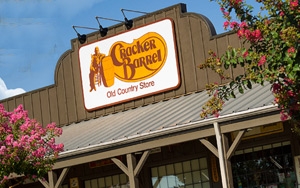 The results have at least one thing in common: Cracker Barrel Old Country Store is ranked highly by large numbers of restaurant-goers.

Market Force surveyed 6,730 U.S. consumers ages 18 to 65-plus in November to rank the popularity of leading casual-dining chains with at least 100 U.S. locations, in five categories: general menu, Italian, steakhouse, breakfast and buffet.

Participants were asked to rate their satisfaction with their most recent casual-dining experience and their likelihood to refer that restaurant to others. The results were averaged to calculate a composite loyalty score.

Longhorn got the highest marks for quality food, followed by Texas Roadhouse and Outback. Longhorn also excelled in atmosphere and menu variety, while Sizzler was praised for healthy options.

Among breakfast chains, Bob Evans took #1 this year, bumping last year's #1, Mimi's Café, to #2. Other leaders in this category were Waffle House, Perkins, IHOP and Denny's.

Bob Evans got high marks for high-quality food and healthy choices; Mimi’s for atmosphere and friendly service. Waffle House dominated in fast service and value (key attributes in the breakfast segment) but scored lowest for atmosphere and healthy options. None of the brands stood out for delivering an exceptional experience.

Pizza Ranch led in nearly every attribute, with one of the largest margins for food quality. Golden Corral ranked high in menu variety, followed by Hometown Buffet and Old Country Buffet. Cici’s was deemed to deliver the best value in the category.

Technomic's results reflect data from fourth-quarter 2014 through third-quarter 2015 from its ongoing Consumer Brand Metrics program. That program tracks consumer rankings for and usage of limited-service and full-service chains on 60-plus attributes, based on nearly 100,000 consumer visits per year. It currently includes 138 leading chains operating in the U.S.

The winners are based on analysis of consumer ratings in four key areas.

In food quality, the QSR winner is Papa Murphy's Take 'N' Bake Pizza; the fast-casual winner is Firehouse Subs; and the full-service winner is Bonefish Grill.

In "intent to return," the winners are In-N-Out-Burger (QSR); Rubio's (fast casual) and Cheddars Scratch Kitchen.

In a piece of much-needed good news, Chipotle Mexican Grill was ranked the most "socially responsible" fast casual chain — even though the survey data were gathered over a timeframe when the chain's food contamination troubles were occurring.

The other winners in the social responsibility category are Ben & Jerry's (QSR) and Seasons 52 (full service).