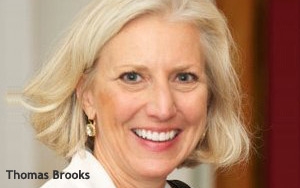 Linda Thomas Brooks has been named president and CEO of MPA – The Association of Magazine Media.

Brooks will take the position just as MPA gears up for its annual American Magazine Media Conference, which includes the National Magazine Awards, scheduled to begin Feb. 1.

Brooks’ appointment is effective immediately. The search for a new MPA president and CEO began when Mary Berner stepped down in September to become CEO of Cumulus Media.

Nancy Telliho has been serving as interim president and CEO during the search process.

Brooks previously served as the executive vice president and managing director of GM’s ad agency, GM MediaWorks, where she built the GM Media Lab. She also worked at GearDigital and The Martin Agency.

Stephen M. Lacy, chairman of the MPA board of directors and chairman and CEO of Meredith Corporation, stated that Brooks’ responsibilities will include “aggressively evangelizing and expanding” MPA’s media tools.

He explained that she will focus on Magazine Media 360°, a project that tracks magazine audience numbers to media buyers and Print Industry Sales Guaranty, which measures the effectiveness of magazine advertising.

“My first and primary goal is to be an influential and effective industry voice promoting the innovation and strategic value of the magazine industry to all stakeholders—particularly the advertising and marketing communities,” Brooks said.

It’s likely Brooks was chosen for her agency experience in what she calls “viewing magazine media through a client’s lens.” This could be beneficial as publishers continue to grapple with determining how to grow revenue through online advertising.
advertising, magazines, management, strategy
Next story loading