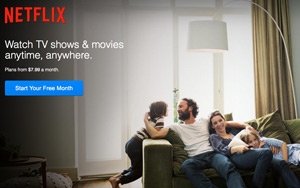 PASADENA, CALIF. -- While Netflix continues to dismiss the value of releasing viewership of its TV shows, traditional TV network executives keep trying to uncover data -- and make sense of it.

Wurtzel says when it comes to looking only at Netflix's original shows, viewership is modest as best.

Looking at last fall, for example, the average episode of Netflix’s “Jessica Jones” averaged 4.8 million viewers in adults 18-49 during a 35-day viewing cycle; “Master of None” had 3.9 million, while “Narcos” had 3.2 million.

Netflix’s “Orange Is the New Black” averaged 644,000 viewers. These results reflect original programming on Netflix from September to December.

New episodes of shows on Netflix have a major impact -- especially in the first two weeks, says Wurtzel. But after that, they fall off dramatically.

For example, for the most recent season premiere episodes of “Orange is the New Black,” Netflix users spent around 24% of their TV watching time with the series, but returned to single-digit levels in the following weeks, with viewers’ traditional TV total viewing time at around 94%.

“Consumers are embracing subscription TV,” Wurtzel says. “But the point is, what’s the impact?... Replacing network TV? That may not be quite right.”