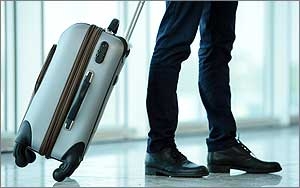 Travel marketers need to pay greater attention to Chinese tourists, who spent $229 billion on travel in 2015, according to GfK. Chinese Millennials are firmly established as the core drivers of China's outbound tourism spending.

These statistics consolidate China's position as one of the top global sources of tourists, in terms of both number of trips and money spent during international travel.

Up until 2013, Hong Kong was the preferred destination for China's outbound tourists, driven by its cultural similarity, lower travel costs and accessibility via short-distance travel. On top of this, Hong Kong offered a shopping paradise, and that was a strong motivating factor for Chinese tourists at that time.

Europe remains the most popular destination for Chinese traveling outside of Asia, showing an increase of 97% in the number of air and overnight visits in the last four years. This is followed by North America (up 151%) and the Middle East (up 177%). Africa remains the destination least visited by Chinese tourists -- but with signs that this could be changing, as visits have risen by 306% since 2011.

The sheer size of the Millennial group within China's travelers makes this a commercially attractive target audience for those destinations who are looking to draw in Chinese tourists. This attraction is increased by the fact that two-thirds (66%) of Chinese Millennials belong to the high income bracket. Not only that, but their financial standing is expected to increase as their careers advance, since seven out of ten Millennials hold "white collar" executive or professional jobs.

Chinese Millennials are more ambitious than their predecessors, ages 50 and above -- and more hedonistic in their willingness to spend money to indulge and pamper themselves, according to GfK. They are also slightly less price sensitive, being the biggest purchasers of luxury goods in Asia-Pacific.

Almost more importantly for the travel market is that Chinese Millennials also cherish freedom more than their parents or grandparents; they want the ability to pursue their passions and go after meaningful, adventurous and exciting experiences. They are also technologically savvy, with almost everyone owning a smartphone and being highly involved in sharing experiences on social media platforms.

For destinations looking to attract this lucrative group, the ideal approach is to approach them not as “tourists” but as independent travelers who will respond to opportunities to plan personalized trips, according to GfK.