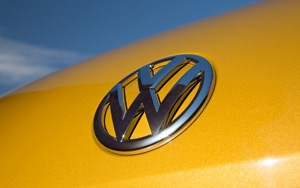 Volkswagen has decided to go outside the house for new leadership on this side of the Atlantic. The company has announced it is appointing Hinrich J. Woebcken to head Volkswagen’s troubled North American operation.

Woebcken was previously a member of the executive board and CEO of the commercial vehicle systems division at Knorr Bremse AG, and has worked at BMW, on the supply-chain side of the business.

The new position, starting April 1, puts him in charge of all the activities of the Volkswagen Passenger Cars brand in the region. Volkswagen, per the company, “is thus moving forward with strategic reinforcement in the regions and is bundling development, procurement, production and sales activities in the USA, Mexico and Canada.”

Auto market analyst and consultant Jim Sanfilippo says that the market, legal and regulatory maelstrom swirling around VW is unique. “I’m not sure a script has been written for this kind of turnaround. It’s unprecedented.  What seems to be so complex is getting through the regulatory hurdles first, then the lawsuits, and then turning around the business in the U.S., Mexico and Canada.

He points out that Volkswagen’s U.S. management is strong, and it’s not too much of an exaggeration to say they are a battle-hardened group at this point. “They are acquainted with the issues at the dealer level, and the customer level. You might say they have first-responder experience with this.”

It is also probably a good decision on VW’s part to bring in an outsider, given the credibility issue that will be pretty much automatic with someone arriving from in-house. Says Sanfilippo, formerly COO at Hyundai Motor America agency Innocean Worldwide Americas, and CMO at WPP Team Detroit, “Credibility is inversely proportional to proximity to the past of the problem at headquarters ranks. If you are from outside, you will be more willing to speak directly and credibility. You are almost coming at it with a consultant’s eye.”