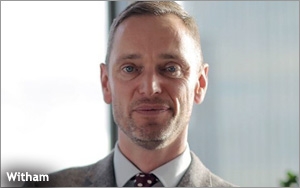 IBT Media, which owns Newsweek and the International Business Times, has appointed its first COO for the UK and Europe, the Middle East and Africa (EMEA) to continue the company’s European expansion.

Greg Witham will join IBT Media in the newly created role on March 7. He will be responsible for spearheading commercial growth across key markets, developing new revenue streams and overseeing the overall strategy and operations for the business in the UK and across EMEA.

Pragad stated that Witham will be in charge of identifying commercial opportunities across IBT Media’s EMEA properties, growing readership and profitability for both Newsweek and the International Business Times and diversifying the product portfolio.

Witham joins IBT Media from Hearst Magazines UK, where he was group publishing director of Cosmopolitan, Digital Spy and Sugarscape.

Witham will be part of the London management team that includes the recently hired Matt McAllester, Newsweek’s EMEA editor.

McAllester joined the team last August; since then, he has been aggressively growing the EMEA teams.

The brand announced last year it was bringing management of its EMEA editions back under U.S. leadership - led by Jim Impoco, editor in chief of Newsweek. That coincided with the departure of former EMEA editor-in-chief Richard Addis.

The London-based editorial team is made up of 12 people, including four editors. One of those editors is former deputy editor of Prospect magazine, Serena Kutchinsky, who is now digital editor of Newsweek Europe.