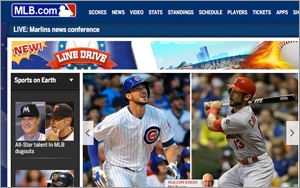 An out-of-court settlement of a lawsuit against Major League Baseball means fans will be able to purchase single-team packages from MLB.com. The overall 30 team package also will be discounted, and authenticated Comcast and DirecTV subscribers will get in-market streaming options.

A lawsuit filed in 2012 objected to MLB’s practice of assigning TV rights to territories, blacking out digital carriage of in-market games. Comcast and DirecTV were named as participating in the scheme. The trial was to begin on Wednesday.

The decision represents another step toward dismantling cable packages. Some sports fans maintain cable or satellite subscriptions only to allow them to watch their local teams’ games on regional cable channels.

Now they will be able to subscribe to a MLB.com digital feed that -- if they choose -- will only show the customer their home team, or any other single team’s schedule. Priced at $84.99 for the season, it is said to be the least expensive full-season package among all major league sports.

That means, for example, that a New York Mets fan living anywhere would be able to purchase streams of only Mets games, not the whole schedule of 30 teams that make up the typical MLB.com package. It also means that a Mets fan in New York would be able to stream home Mets games. Previously, those were blacked out.

In addition, a subscription to the entire MLB package will drop to $109.99. For $10.99 more a subscriber to the full package will also be able to purchase rights to see the local team’s otherwise-blacked out game.

The ruling comes as a result of an earlier court ruling, which noted that Major League Baseball’s anti-trust protection relates only to matters pertaining to the game, not to business deals.