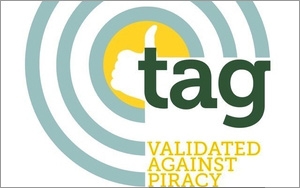 The move, which followed an audit of DoubleVerify by Ernst & Young, comes almost one year after the Trustworthy Accountability Program called for providers to be validated. That initiative calls for auditors like Ernst & Young and Stroz Friedberg to evaluate the effectiveness of programs offered by quality assurance companies -- which the industry now calls “Digital Advertising Assurance Providers.”

DoubleVerify said it had been certified "across all five core criterions of the program including identifying sites with pirated content, blocking ads from being served on those sites, preventing fraudulent practices, and eliminating payments to those site owners."

When the verification program was first announced, Venable attorney Stuart Ingis, who helped draft the program standards, estimated that certification by an outside auditor would cost between $50,000 and $100,000. (The ad industry doesn't set the price of certification.)

Quality assurance companies that don't want to hire an outside auditor have the option of self-attesting that they meet the validation standards. Participating providers of anti-piracy services can display a “validated-against piracy” seal provided by TAG, while companies that hire the providers can display a “certified against piracy” seal by TAG.