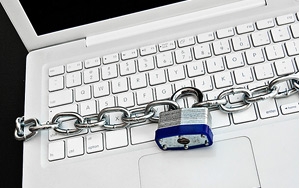 Dozens of advocacy groups are urging the Federal Communications Commission to move forward with new privacy rules that could restrict broadband providers' ability to serve targeted ads to subscribers.

"Providers of broadband Internet access service, including fixed and mobile telephone, cable, and satellite television providers, have a unique role in the online ecosystem," the organizations say in a new letter to FCC Chairman Tom Wheeler. "Their position as Internet gatekeepers gives them a comprehensive view of consumer behavior and until now privacy protections for consumers using those services have been unclear."

The 59 organizations signing the letter include the Center for Democracy & Technology, Center for Digital Democracy, Consumer Federation of America, Electronic Frontier Foundation and Free Press.

They say the prospect of online surveillance "can create a chilling effect on speech and increase the potential for discriminatory practices derived from data use."

Wheeler has previously said he intends to move forward with new broadband privacy rules. The agency's authority to craft privacy regulations stems from its recent decision to reclassify Internet service providers as common carriers. That move subjected broadband providers to some of the same confidentiality requirements rules as telephone companies.

When the FCC issued the net neutrality rules, the agency said it would consider issuing new broadband-specific rules, as opposed to applying the same rules imposed on telephone companies. Since then, regulators have advised broadband providers to follow the “core tenets of basic privacy protections,” but haven't suggested any specific privacy regulations.

Wheeler recently indicated in an interview with talk show host Charlie Rose that the agency will require providers to notify consumers about the possibility of online data collection, and allow them to wield control over the use of that data.

"The capital asset of the 21st century is information, and it ends up being information about you and me," Wheeler told Rose last November. "You and I ought to have a voice in the collection of information about us. Nothing about me without me, is what the expression is."