Intel Works From 'Inside' Out 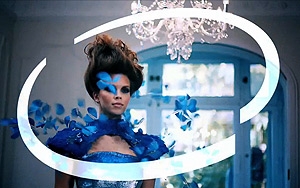 Technology encompasses nearly everything these days, not just personal computers, and Intel is aiming to show that what’s inside all of that technology makes a difference to all of the experiences the technology enables.

The new campaign, developed by agency McGarryBowen and Intel’s own internal advertising agency, focuses on the experiences Intel processors make possible in the world, from medical and scientific breakthroughs to those in art, fashion and beyond. The effort also tweaks the brand’s long-time tagline to “Experience what’s inside.”

“We’ve been expanding into other tech sectors for a long time now, but our research shows that the only thing we get credit for is PCs,” Penny Baldwin, general manager of global brand management and reputation at Intel, tells Marketing Daily. “[This campaign] goes directly to expanding understanding the role Intel plays beyond PCs.”

An anthemic first commercial in the campaign remixes Beethoven’s Fifth Symphony with Intel’s well-known signature sound-bug and using the brand’s swooping oval design to highlight where Intel technology can be found. A shot of the space shuttle launching, for instance, features the oval drawn around the craft to designate where the Intel technology is. As the song plays out, amid shots of technology, art, films, sporting events and other human interaction, onscreen text reads in bursts: “Intel inside/makes amazing/
experiences outside.”

“By connecting the inside with the outside, we’re more tangible and visceral,” Baldwin says. “We’re making a direct connection with consumers of enabling these amazing experiences.”

In addition to the commercial, the brand has created a series of videos depicting people using Intel technology in unexpected ways. One video depicts young dancer Paige Fraser (teamed with Mirada Studios and choreographers Rick + Tone) to tell her story of overcoming spinal defects to become a dancer using an LED screen and 20 RealSense cameras, which respond to her movement. Another video shows how entertainment company WOW is using facial projection mapping to help use human faces as a living canvas for art. The individual stories will be featured in traditional advertising, as well as expanded digital presence and “long-tail content,” through the brand’s Web site, Baldwin says.

The initiative will continue throughout the year, with Intel showing off its presence in other arts arenas, as well as those of sports (the brand recently inked a deal with the X-games to use technology to enrich competition information will have a presence during the NBA All-Star game, Baldwin says.) The overall effort will also include social and experiential elements, Baldwin says.