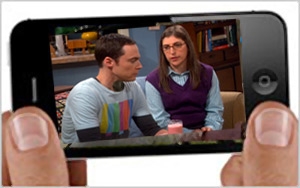 Nielsen had been partnering with Twitter for its Nielsen Twitter TV Ratings since October 2013. Nielsen says that with this new effort, “TV networks and streaming content providers can assess the effectiveness of social audience engagement strategies and better understand the relationship between social activity and tune-in.”

The new Social Content Ratings will measure program-related conversation on Twitter and Facebook. It will include social media authorship -- posts and tweets; engagement, such as comments, likes, replies, retweets, shares; reach, audience and impressions; and demographics (age and gender) as available.

Nielsen says it will track social media conversation for original video programming from TV and over-the-top streaming providers for linear air times, as well as on a 24-hour-a-day, seven-day-a-week basis.

A recent company study found that nearly 60% of smartphone and tablet owners use their devices while watching TV several times a week or more.

Nielsen says Social Content Ratings will adhere to the social-media measurement guidelines created by the Media Rating Council (MRC), with sponsorship and input from the American Association of Advertising Agencies (4As), the Interactive Advertising Bureau (IAB) and the Word of Mouth Marketing Association (WOMMA).